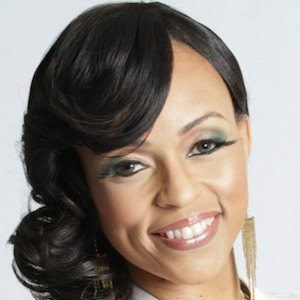 Gospel singer most well known the release of her self-titled album in 2007. She has also been well established as a radio host on Atlanta's Praise 102.5 and has made periodical appearances on the Rickey Smiley Morning Show.

Her parents raised her in the church, however she didn't truly commit to the faith until the age of fifteen.

She made her acting debut in the 2012 television movie In Sickness and in Health.

She was born to William and Sadie Johnson in Greenville, South Carolina. Her brother, Reverend Curtis, is a retired air force member. She divorced Robert McCoy in 2011. The pair have three children named Ambria, Chandler, and Dylan.

Her single "Fallen in Love" was featured in the hit Tyler Perry movie Diary of a Mad Black Woman.

Darlene McCoy Is A Member Of