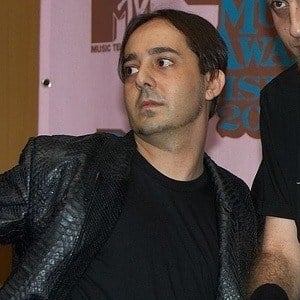 Guitarist and songwriter with the heavy metal band System of a Down, known for songs like "Toxicity" and "B.Y.O.B." He has also played with Scars on Broadway. He co-produced System of a Down's albums with Rick Rubin.

He credits his cousin for getting him into music after he played him a Kiss record when he was four years old. He initially wanted to play drums as a child, but his parents got him a guitar instead.

He and the rest of his System of a Down bandmates are all Armenian. The range of instruments he can play includes keyboards, drums, bass, and guitar, in addition to his singing.

His parents, Zepur and Vartan, are both accomplished artists. They were Armenian immigrants.

Serj Tankian is the lead singer for System of a Down.

Daron Malakian Is A Member Of

System of a Down
47 Year Olds
Guitarists
First Name Daron