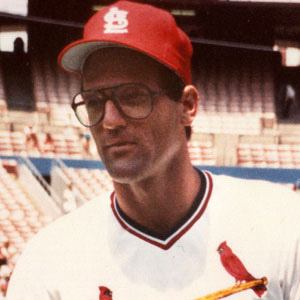 Major league catcher who overcame drug and alcohol addiction to play in four All-Star games and win the World Series.

He was a first-round draft pick of the Brewers.

He caused controversy in 1980 when he publicly announced that he was an addict, and his subsequent memoir painted a deeper portrait of the man.

He grew up in Joplin, Missouri.

He and Roy Campanella were among the handful of catchers who tallied 100 RBIs and scored 100 runs in a single season.

Darrell Porter Is A Member Of