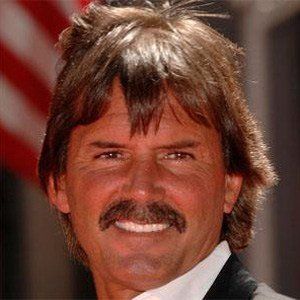 Hall of Fame pitcher who was a 6-time All Star and 2-time Relief Man of the Year in his 23-year career.

He was drafted by the Cleveland Indians in 1972, but would not make his MLB debut until 1975.

He became a member of the Boston Red Sox Hall of Fame and his jersey number was retired by the Oakland Athletics.

He had two daughters named Mandee and Allie and a son named Jake with his ex-wife Nancy O'Neil, whom he was married to from 1980 until 2004. In 2005 he married his third wife, Jennifer.

He was named to the MLB All-Time Team along with Lou Gehrig in 1997.

Dennis Eckersley Is A Member Of