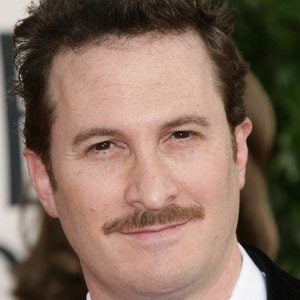 Director who first gained recognition for his 2000 film Requiem for a Dream  He then went on to earn further acclaim for 2008's The Wrestler and 2010's Black Swan, the latter of which earned him Academy Award nominations for Best Director and Best Picture.

In 1991, he graduated from Harvard with a degree in social anthropology. He also studied filmmaking at Harvard, then went on to earn an MFA in directing from the AFI Conservatory.

His debut feature film Pi was entirely funded by donations from his friends and family.

He had a son with his former girlfriend, actress Rachel Weisz. From 2016 to 2017, he dated Jennifer Lawrence.

Natalie Portman won an Academy Award for Best Actress for her starring role in Black Swan.

Darren Aronofsky Is A Member Of