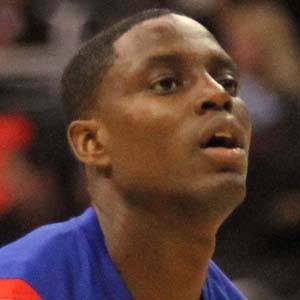 Speedy NBA point guard who was traded to the Dallas Mavericks from the Indiana Pacers during the 2012 off-season.

He had one of his best statistical seasons in 2011, when he averaged 13 points and 5 assists a game with the Indiana Pacers.

He is the son of top-ranked international sprinters June Griffith and Dennis Collison. In 2011, he married Keyosha Sanders.

He started for the New Orleans Hornets his rookie season, while All-Star point guard Chris Paul was injured.

Darren Collison Is A Member Of