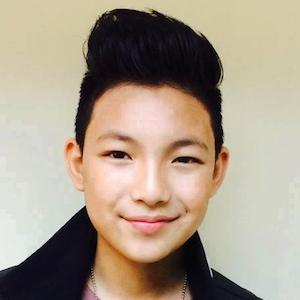 Filipino-Canadian singer and dancer who was the 2011 grand champion of Pinoy Singing Sensation in Edmonton as well as a runner up in the first season of The Voice Kids of the Philippines. He was one of the top 6 grand finalists in the fifth season of YTV's The Next Star.

His natural ability was apparent from the age of two. When he was little, he would listen to songs and try to copy the tune.

He can play multiple instruments, including the bass, guitar, and piano. He is multi-lingual, able to understand and speak English, Filipino, and French.

He and his younger sister Lynelle were trained to speak in Filipino at home. His parents, Lyndon and Marinel Espanto, are both Filipinos.

He was coached by Sarah Geronimo on The Voice Kids of the Philippines.

Darren Espanto Is A Member Of