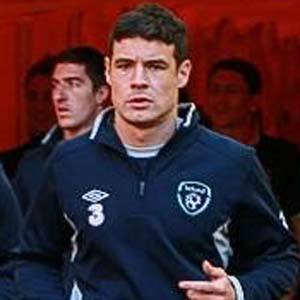 Irish defender who spent the bulk of his career in Scotland before moving to the MLS with Toronto FC in 2012.

He started his professional career with Glagow's Celtic FC in 2006.

He began playing with the Republic of Ireland's national team in 2009.

He had a daughter named Lucia Isabella O'Dea with his wife Melissa Cheung.

He joined Danny Koevermans on Toronto FC in 2012.

Darren O'Dea Is A Member Of