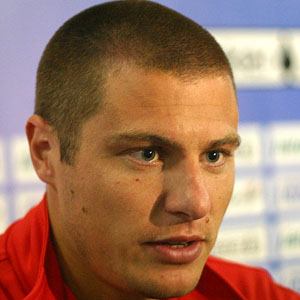 Dutch striker who played for the Netherlands national team in 2007 and joined FC Utrecht in 2014.

He began his professional career with Dutch team Sparta Rotterdam in 2000.

He had two children, Isa and Esmee, with his wife Marijke.

He joined Robin van Persie on the Dutch national team in 2007.

Danny Koevermans Is A Member Of