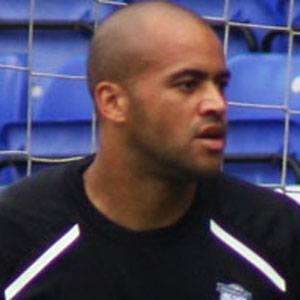 He made his professional debut with Charlton Athletic in 2004, after two seasons in the club's youth system.

He was promoted to the Republic of Ireland's senior national team in 2012.

He began a relationship with Rochelle Wiseman in 2009.

He became teammates with Will Packwood on Birmingham City FC in 2013.

Darren Randolph Is A Member Of