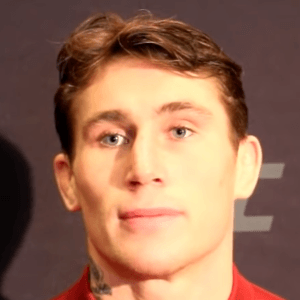 Mixed martial artist who is recognized for having competed in the Ultimate Fighting Championship's welterweight division. In 2017, he defeated Donald Cerrone in the UFC Fight Night: Cerrone vs. Till event.

He began training in Muay Thai at the age of 12 and went pro three years later.

Early in his career he was a member of Brazil's Astra Fight Team.

He is from the United Kingdom; but lived in Brazil for three and a half years. In 2016, he returned to Liverpool, leaving behind a daughter.

He made his UFC debut in a 2015 bout that featured Carlos Condit on the title card.

Darren Till Is A Member Of