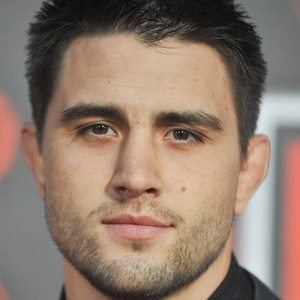 He began his fighting career in World Extreme Cagefighting and also competed in both Shootboxing and Pancrase in Japan.

He became a brown belt in Brazilian Jiu-Jitsu.

He has a son with his wife Seager Marie McCullah.

He became the second man to knock down George St. Pierre in a fight in November, 2012.

Carlos Condit Is A Member Of