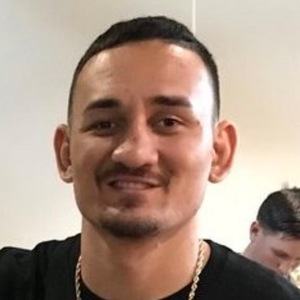 He made his professional debut at 18-years old, winning his first four fights.

He scored his first promotional victory on June 1, 2012, with a unanimous decision against Pat Schilling at The Ultimate Fighter 15 finale.

He was born in Waianae, Hawaii. He married Kaimana Pa'aluhi in 2012. He has one son.

Early in his career he drew comparisons to Anthony Pettis.

Max Holloway Is A Member Of