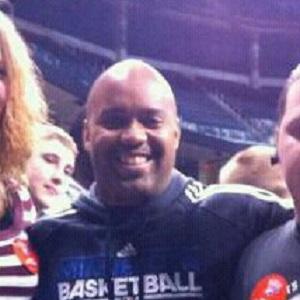 Point guard who made a name for himself in the Continental Basketball Association as well as the NBA. He was named the CBA Playoffs MVP in 2003.

He was First-Team All-American at St. Anthony High School.

He played for the Harlem Globetrotters in 2003.

He married a woman named Gloria.

He was teammates with NBA Finals MVP Dirk Nowitzki on the 2001-2002 Dallas Mavericks team.

Darrick Martin Is A Member Of