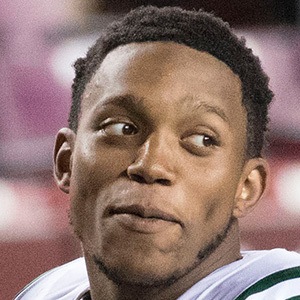 Linebacker drafted in the first round of the 2016 NFL Draft by the New York Jets who had a successful collegiate career at Ohio State University. He helped the Buckeyes win a National Championship in 2014.

He was the defensive MVP of the 2015 Sugar Bowl in which he compiled seven tackles and two sacks.

He moved from his birth city of Chattanooga, Tennessee to New Albany, Ohio during the sixth grade.

He was the second linebacker drafted in the 2016 draft behind Leonard Floyd.

Darron Lee Is A Member Of