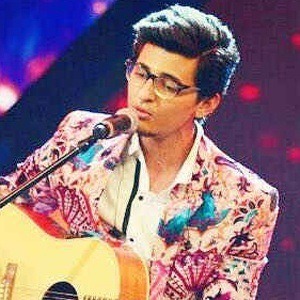 Contestant on the Indian singing competition series India's Raw Star who finished as the runner-up on the inaugural season of the show.

He first appeared on India's Raw Star in August of 2014 when the show debuted.

He frequently uses the hashtag #spreadlove on his Twitter page.

He was born to Rajal and Rajendra Raval.

He was mentored by Yo Yo Honey Singh on India's Raw Star.

Darshan Raval Is A Member Of