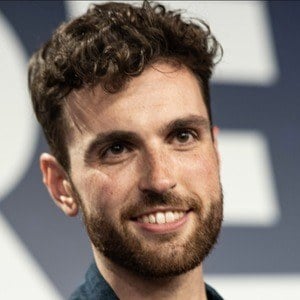 Dutch singer who is best recognized for winning the Eurovision Song Contest 2019 with the song "Arcade." He also went on to participate in the fifth season of The Voice of Holland.

He first started his career in music by attending the Rock Academy in Tilburg. He played in several brands before graduating from the school in 2017.

He is also known for having co-written the song "Closer" with Jihad Rahmouni for the K-Pop duo TVXQ.

He was born in Spijkenisse and raised in Hellevoetsluis, Netherlands. In 2020, he got engaged to songwriter Jordan Garfield.

As a contestant on the fifth season of The Voice of Holland, he was teamed up with coach Ilse Delange.

Duncan Laurence Is A Member Of