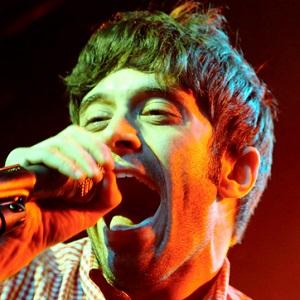 American singer best known as the frontman for the acclaimed screamo band Glassjaw. He has also fronted side projects like Head Automatica and the supergroup United Nations.

He was born in Long Island and formed Glassjaw with guitarist Justin Beck in 1993.

He suffers from Crohn's disease, which served as the inspiration for many lyrics on Glassjaw's debut album, Everything You Ever Wanted to Know About Silence.

His father was a boxer.

He and Slipknot drummer Joey Jordison were two of the artists featured on the Roadrunner United: The All Star Sessions album.

Daryl Palumbo Is A Member Of