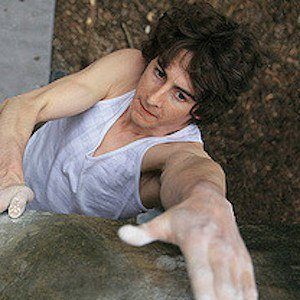 Professional rock climber known primarily as a sport climber and boulderer. He has become a social media sensation through Instagram where his often harrowing photographs of his ascents have earned him a following of more than 100,000 dedicated fans.

Some of his earliest recorded ascents began in 1999 at China Beach and Hasta La Vista.

He has frequently written an ongoing blog for the online outlet of Climbing Magazine and later went on to launch the climbing blogging platform Island.io.

Originally a native of Maine, he eventually settled in the apt city of Boulder, Colorado.

Both he and Brooke Raboutou are incredibly popular bouldering climbers.

Dave Graham Is A Member Of