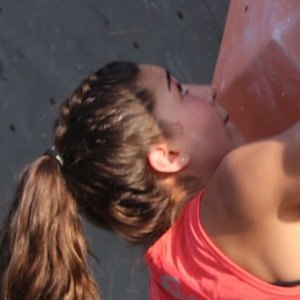 Rock climbing/bouldering prodigy who became the youngest person to climb 5.14b at the age of 8. She set 7 climbing records before turning the age of 12 and would join Team ABC Boulder in 2005.

She first climbed when she was just a one year old, with some help from her parents. She began climbing regularly at the age of 4 or 5.

She competed in more than 35 international competitions in countries including Spain, South Africa and France all before becoming a teenager. She was featured on the THNKR Young Prodigies television program.

Her parents Robyn Erbesfield and Didier Raboutou were both world class and international competition circuit rock climbers. Her brother Shawn is also a climber.

She became a full-time rock climber just as Alex Honnold did as well.

Brooke Raboutou Is A Member Of