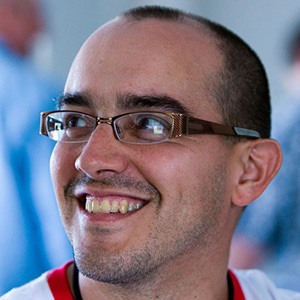 Entrepreneur and investor who is best recognized for having founded 500 Startups where he served as a CEO. He is also known for his blog 500 Hats which is one of the most widely read blogs on venture capital finance.

He attended Johns Hopkins University where he earned his Bachelor's degree in Mathematical Sciences and Engineering. He first founded the Aslan Computing consultancy in 1994 and sold the company four years later in 1998. He then gained experience working as a technology consultant to Microsoft, Intel, and other tech companies.

He is also known for having served as director of marketing at PayPal from 2001 until 2004.

He was born and raised in West Virginia.

He worked alongside Mark Zuckerberg when he served as acting investment director for Facebook's fbFund.

Dave McClure Is A Member Of