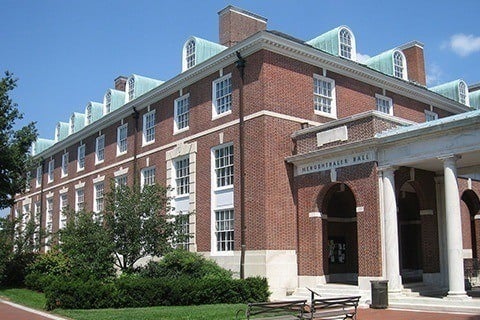 Private research university named for its first benefactor Johns Hopkins. His $7 million bequest half financed the establishment of Johns Hopkins Hospital and was the largest philanthropic gift in the history of the United States at that time.

The school was considered the first research university in the United States. It was a founding member of the American Association of Universities.