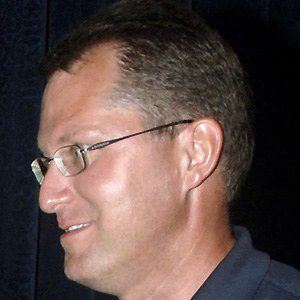 American author of memoirs and self-help books who is most famous for his autobiographical work, A Child Called It (1995). The book, which details Pelzer's childhood of abuse, remained on the New York Times Bestseller List for years.

He was named one of the Ten Outstanding Americans in 1993.

He and his four siblings, including fellow memoir writer, Richard Pelzer, grew up in California and suffered abuse at the hands of their mother. He had one son with his first wife, Patsy, before marrying editor Marsha Pelzer.

Dave Pelzer Is A Member Of