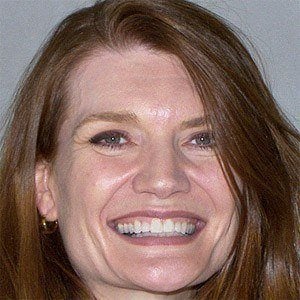 Known for her 2005, New York Times bestselling memoir The Glass Castle, this Arizona-born author also penned a popular gossip column for MSNBC.com. She published her debut work of fiction, Half Broke Horses: A True-Life Novel, in 2009.

She and her three siblings were homeless for part of their youth and lived in many states, including Arizona, California, Nevada, and West Virginia. In her late teens, she relocated to New York City and eventually earned an honors degree from Barnard College.

She began her writing career as an intern for a Brooklyn, New York-based newspaper called The Phoenix.

Her first marriage, to Eric Goldberg, lasted from 1988 until 1996. She later settled in Virginia with her second husband and fellow journalist, John Taylor.

Paramount Pictures purchased rights to Walls' popular memoir and announced that Hollywood star Jennifer Lawrence would portray Walls in the book's film adaptation. Brie Larson ended up playing her in the movie.

Jeannette Walls Is A Member Of