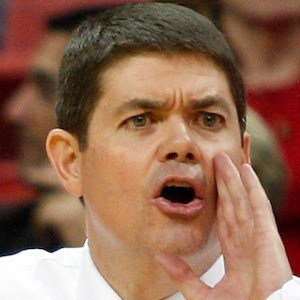 Head coach of the UNLV men's basketball team from 2011 to 2016 who previously served as a graduate assistant and assistant coach with the school.

He became an NCAA Champion as a player with UNLV. He obtained both a bachelors and masters degree from the school.

He worked as an assistant coach at Chaffey CC and Utah State before working as an associate head coach at BYU from 2005 to 2011.

He was born in Pomona, California.

He played for Jerry Tarkanian on the UNLV championship winning team.

Dave Rice Is A Member Of