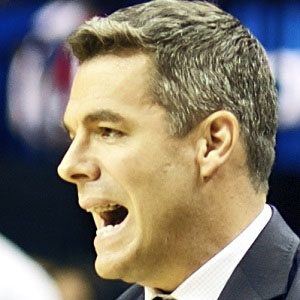 He played college basketball at the University of Wisconsin-Green Bay, where he was twice named conference player of the year. He later played three seasons with the NBA's Charlotte Hornets.

After Mike Krzyzewski and Roy Williams, he became just the third coach in ACC history to post back-to-back 30-win seasons.

He married his third wife Susan in 2007 and has children. His father Dick Bennett and sister Kathi Bennett are also college basketball coaches.

He coached future NBA forward Mike Scott at the University of Virginia.

Tony Bennett Is A Member Of