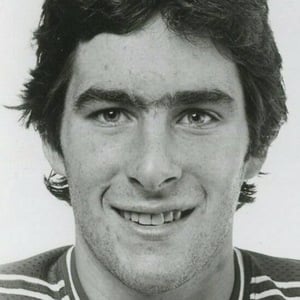 Hockey Hall of Fame right winger who played two decades of professional hockey with the New York Rangers, Boston Bruins and Detroit Red Wings. He was also a member of the famous Olympic men's hockey team that took home a gold medal at the 1980 Winter Olympics.

He played hockey at Thayer Academy in Braintree, Massachusetts. He later won the 1978 NCAA Championship at Boston University.

After retiring from hockey in 1991, he earned a business degree from Boston University and became an assistant hockey coach at the school.

He and Ken Morrow were members of the victorious 1980 U.S. Olympic men's hockey team.

Dave Silk Is A Member Of