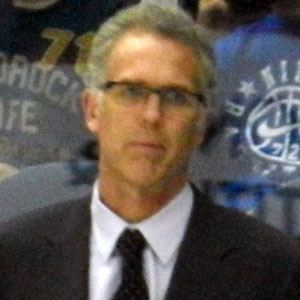 Former NHL player who won four Stanley Cups as a member of the Edmonton Oilers and New York Rangers in the late 80's and early 90's. He later served as the head coach of the Oilers from 2000 to 2009.

He played at the University of Lowell for two seasons before being drafted by the Boston Bruins in the 1978 NHL Entry Draft.

He was the last player in the NHL to play without a protective helmet.

He married a woman named Debbie.

He won multiple Stanley Cups with the great Wayne Gretzky as member of the Edmonton Oilers.

Craig Mactavish Is A Member Of