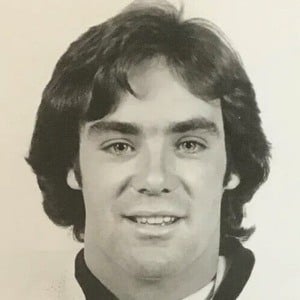 His amateur career started at Boston University and continued to professional status when he was drafted by the Atlanta Flames.

In the gold medal game of the Lake Placid Olympics, he stopped 36 of the 39 shots he faced.

He was born in North Easton, Massachusetts and was fortunate to be able to play for his home state as a member of the Boston Bruins.

He was portrayed by Eddie Cahill in the 2004 film reenactment of the Miracle on Ice.

Jim Craig Is A Member Of