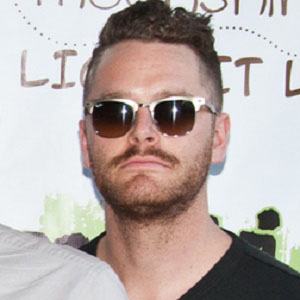 Lead guitarist for the pop rock band The Fray, known for such hits as "Over My Head (Cable Car)" and "How to Save a Life."

He was born in Tucson, Arizona and came together with The Fray while growing up in Denver, Colorado.

He performs alongside lead singer Isaac Slade in The Fray.

Dave Welsh Is A Member Of