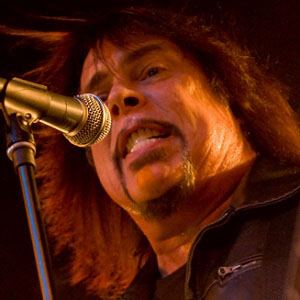 Singer and guitarist best known as the frontman for the stoner rock band Monster Magnet. He has also contributed music to a number of films, including 2004's Torque, for which he wrote the entire soundtrack.

He was born in Red Bank, New Jersey. He and Monster Magnet recorded their first two demos in 1989 and released their first official album, Spine of God, in 1991.

His 2006 European tour with Monster Magnet was cancelled after he overdosed on prescription pills.

He grew up with seven siblings.

The music video for one of Monster Magnet's biggest singles, "Negasonic Teenage Warhead," was directed by Gore Verbinski.

Dave Wyndorf Is A Member Of