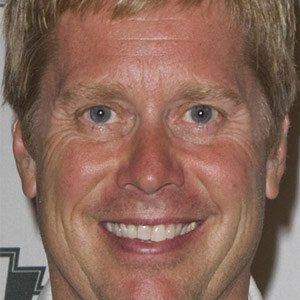 Race car driver who placed second in points in the IndyCar series during the 1996–1997 season.

He was born and raised in Nampa, Idaho.

He became a color commentator for the Indianapolis Motor Speedway Radio network.

He finished behind only Tony Stewart in the total points standings at the end of the 1996-1997 season.

Davey Hamilton Is A Member Of