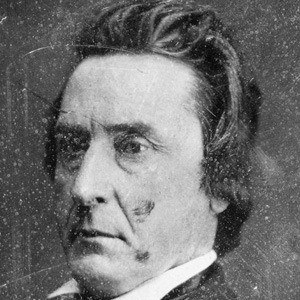 Known for being Acting President of the United States for one day (Sunday, March 4, 1849) after newly-elected president Zachary Taylor refused to be sworn in on a Sunday. He was a US Senator from Missouri from 1844 to 1855.

He moved to western Missouri in 1830 to set up his own law practice.

He was a pro-slavery activist who fought in the Civil War as a member of the Confederacy.

His father was William Atchison.

He was educated at Transylvania University alongside future Confederacy President Jefferson Davis.

David Rice Atchison Is A Member Of