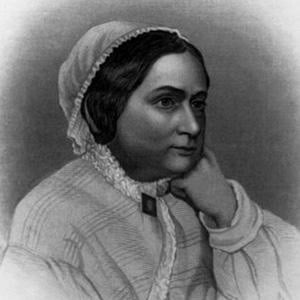 Third cousin and wife of Robert E. Lee, who was a Confederate General during the American Civil War. She was also related to the first president of the United States, George Washington.

After her marriage ended, she became an advocate for eventual emancipation and taught her slaves how to read and write.

Despite being the wife of a Confederate general she actually advocated eventual emancipation of slaves and taught her female slaves to rad and write, something that was rare in the south at that time.

She was married to Robert E. Lee, one of the main generals for the Confederate side of the Civil War.

Mary Anna Custis Lee Is A Member Of