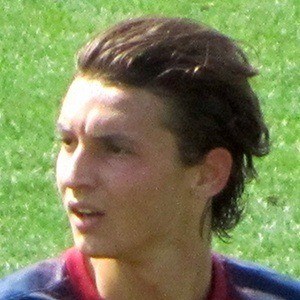 He was a product of the FC Barcelona youth program.

His dad is retired footballer Boban Babunski. He married Katarina Babunski and the pair welcomed a son named Elisei in 2018.

David Babunski Is A Member Of