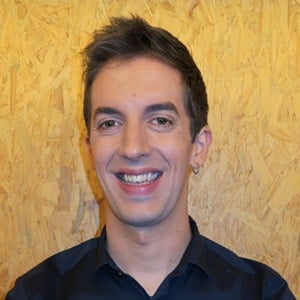 Spanish comedian and television personality who is best known for his work on the show La Resistencia on the Movistar + network. He is also known for hosting the programs Loco Mundo and Late Motiv.

His career as a host first started in radio in 2008 when he hosted the M80 program No Somos Nadie. Later that same year he made his television debut on Nuevos Comicos.

He is known for having won the Jaen Paraiso award in 2017 for his work in humor and television.

He was born and raised in Santiago de Compostela, La Coruna, Spain.

He starred alongside fellow comedian and actress Silvia Abril on the Late Motiv program.

David Broncano Is A Member Of