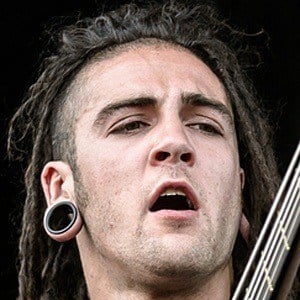 Bassist who became known as a member of the deathcore band Born of Osiris. He and his band are best known for their album A Higher Place, which peaked at number 73 on the Billboard 200.

He and his band formed in 2003 under the name Diminished and have underwent several name changes since.

He created his own jewelry line called D A V I.

He and the band are from Palatine, a suburb of Chicago, Illinois.

He and Cameron Losch were both members of Born of Osiris.

David Darocha Is A Member Of