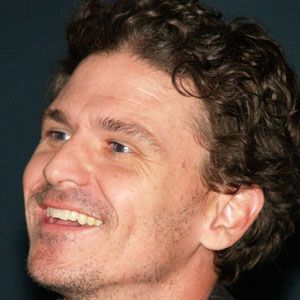 American author whose popular memoir, A Heartbreaking Work of Staggering Genius, was published in 2000. His numerous literary awards include the Los Angeles Times Book Prize and the Heinz Award.

He attended the University of Illinois at Urbana-Champaign, where he studied journalism.

He designed the artwork for Vheissu, an album produced by Thrice.

His father, John K. Eggers, was an attorney, and his mother, Heidi McSweeney, was a schoolteacher. After the death of both of his parents, he was put in charge of raising his younger brother.

He was part of a 2006 fundraising tour called "The Revenge of the Book-Eaters" that included a performance by Ben Gibbard.

David Eggers Is A Member Of