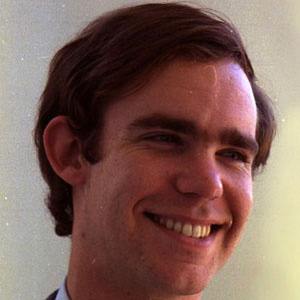 Grandson of the 34th President of the United States who became a public policy professor at University of Pennsylvania and the namesake of Camp David. He was on the shortlist for the Pulitzer Prize in history for his book Eistenhower at Work, recounting his grandfather's leadership during the second half of WW II.

After earning a bachelor's in history and a law degree from George Washington University, he began his teaching career.

Camp David, the country retreat of the President of the United States, is named after him.

He married Julie Nixon, youngest daughter of President Richard M. Nixon, who served as VP under his grandfather, Dwight.

John Fogerty of Creedence Clearwater Revival wrote the song Fortunate Son to express his resentment of the seemingly preferential treatment Eisenhower was receiving.

David Eisenhower Is A Member Of