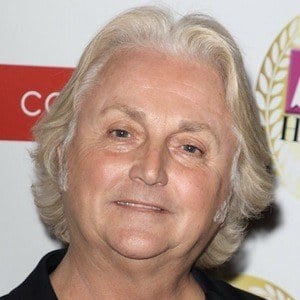 Welsh fashion designer best known for having designed the wedding dress for Princess Diana. He has written two books with his wife: Style for All Seasons in 1983, and A Dress for Diana in 2006.

He studied design at the Cardiff School of Art and Design, the Harrow School of Art, and the Royal College of Art, London. He launched his fashion house at the age of twenty five.

He was a contestant on the British reality show I'm a Celebrity...Get Me Out of Here! and came in second.

He married Elizabeth Emanuel in 1976 and the couple designed together for many year, including the iconic Diana dress. They later divorced.

In addition to Princess Diana, he dressed many other iconic women, including Elizabeth Taylor.

David Emanuel Is A Member Of