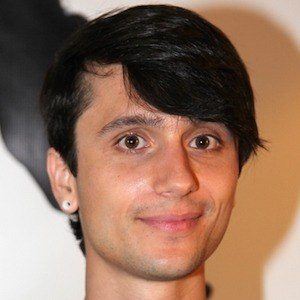 Lead singer of the alternative pop duo Future Sunsets, known for their debut single "Without Your Love." He has been a part of a number of bands in his career.

He performed at DigiFest 2012 with the band Wellington.

He is from Seattle, Washington. He is married to Jaclyn Glenn.

He sang in a band called Wellington, performing alongside drummer and YouTube star Ricky Ficarelli.

David Michael Frank Is A Member Of