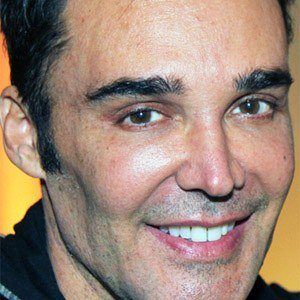 Commercial and fine-art photographer and music-video and film director best known for his surreal, subversive photography that was described as kitsch pop surrealism. Some critics labeled him the Fellini of photography.

He worked as a prostitute in order to save money for his photography equipment. He was mentored by Andy Warhol, who offered a 17-year-old LaChapelle a job as a photographer for "Interview" magazine.

His work was featured in "Vogue," "Vanity Fair," and "GQ." In addition, he directed music videos for Moby and No Doubt.

He was one of three children born to Philip and Helga LaChapelle. His first photograph was of his mother, Helga.

David LaChapelle Is A Member Of