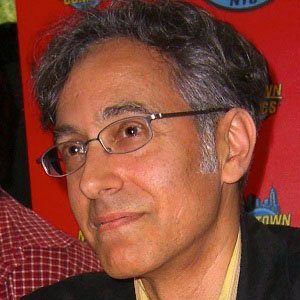 Famous for his work on the Batman: Year One and Daredevil comic books, Mazzucchelli is also notable for his Asterios Polyp and City of Glass graphic novels.

After earning a Bachelor of Fine Arts degree from the Rhode Island School of Design, he accepted a position at Marvel Comics.

He was the 2009 recipient of the Los Angeles Times' Graphic Novel Book Prize.

In the early 1990s, Mazzucchelli and his wife and fellow artist, Richmond Lewis, founded a comics magazine titled Rubber Blanket.

He and Frank Miller collaborated on Daredevil: Born Again.

David Mazzucchelli Is A Member Of