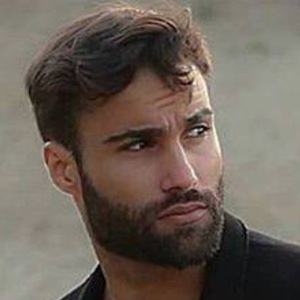 Reality star who was a contestant on I'm a Star - Get Me Out of Here! in January 2016 and won the cooking show The Perfect Celebrity Dinner later that year. He has over 80,000 followers on his Instagram account.

He started modeling and studying architecture at 22.

He appeared on the 11th season of the reality show Big Brother in 2011. He joined the cast of Austria's Next Top Model in 2012.

His brother is Rocio Ortega Arenas.

He and Lena Gercke are both German models who appeared on Austria's Next Top Model.

David Ortega Arenas Is A Member Of