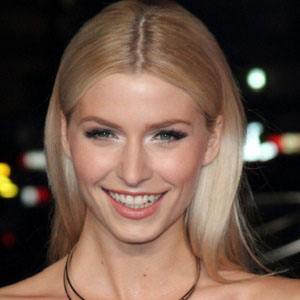 She began her modeling career after booking a Burger King commercial.

Her Germany's Next Top Model win was accompanied by a contract with the Paris-based IMG Models agency and a Cosmopolitan-Germany cover shoot.

A native of Cloppenburg, Germany, she grew up with three sisters.

She and Sara Nuru won different cycles of Germany's Next Top Model.

Lena Gercke Is A Member Of