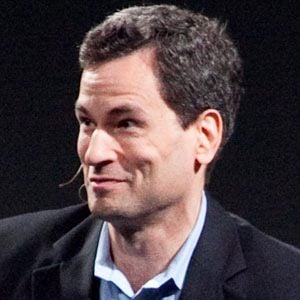 A technology writer and popular television presenter, he received an Emmy for his work on CBS News Sunday Morning. He contributed to several books in the popular For Dummies series and also created the Missing Manual series of computer instructional books.

He graduated from Yale University in 1985 with a degree in music. For a decade, he found occasional work as a conductor of Broadway musicals.

He contributed to a column in the Scientific American and hosted NOVA ScienceNow on PBS.

He married Jennifer Pogue, with whom he subsequently had four children.

He received an award on The Late Late Show with Craig Ferguson in 2011.

David Pogue Is A Member Of