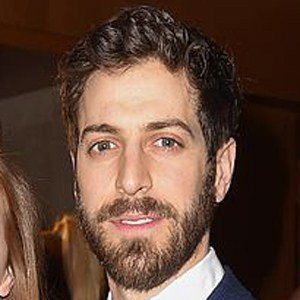 During his teenage years, he appeared in television movies titled If You Believe and Alley Cats Strike.

He performed with an Ontario Shakespeare troupe known as the Classical Theatre Project.

He and Daniel Desanto both contributed voice acting work to the Beyblade series of anime productions and video games.

David Reale Is A Member Of