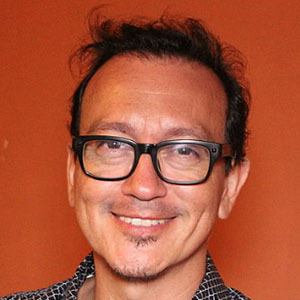 Ecuadorian actor who is best recognized for his recurring roles on television. He is known for his appearance on the programs Ni Ni Live Live, Vivos, La Pareja Feliz, and La Tremebunda Corte. He specializes in parody characters and is known for portraying Hugo Chávez and Laura Bozzo.

He started his acting career at the La Mueca theater where he worked as an assistant. He then went on to make his television debut in 1990 when he starred on an episode of Agua Mojada.

He returned to theater in 2016 for a show entitled Los Hijos de Don Juan where he played Kasandro, the man of a thousand faces.

He was born and raised in Guayaquil, Ecuador and married Catherine Velastegui in 2017. He has two children names Luis David and Dante.

He has performed parodies of several celebrities and pop culture icons including Brad Pitt, Lenin Moreno, and Luisito Rey.

David Reinoso Is A Member Of