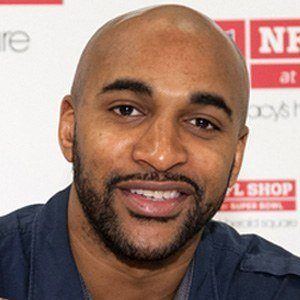 Former NFL wide receiver who will forever be remembered for his remarkable helmet catch in Super Bowl XLII, helping lead the New York Giants to victory over the New England Patriots.

He was a stand-out special teams player at Syracuse University.

He had his best NFL season in 2005, when he earned his only All-Pro selection.

He fathered four children, Teyon, Josiah, Sophia, and Hannah, with his wife Leilah.

David Tyree Is A Member Of