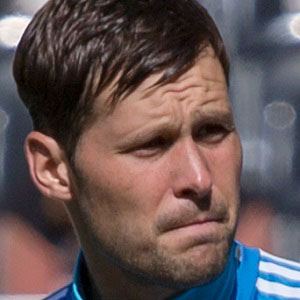 Swiss soccer goalkeeper known for his quick reflexes and shot-stopping ability who debuted professionally for Luzern in 2003.

His youth career began with Luzern in 1999.

A group of his supporters were particularly livid that he was passed over by the Swiss national team.

He grew up with his family in Hergiswil, Switzerland.

David Zibung Is A Member Of